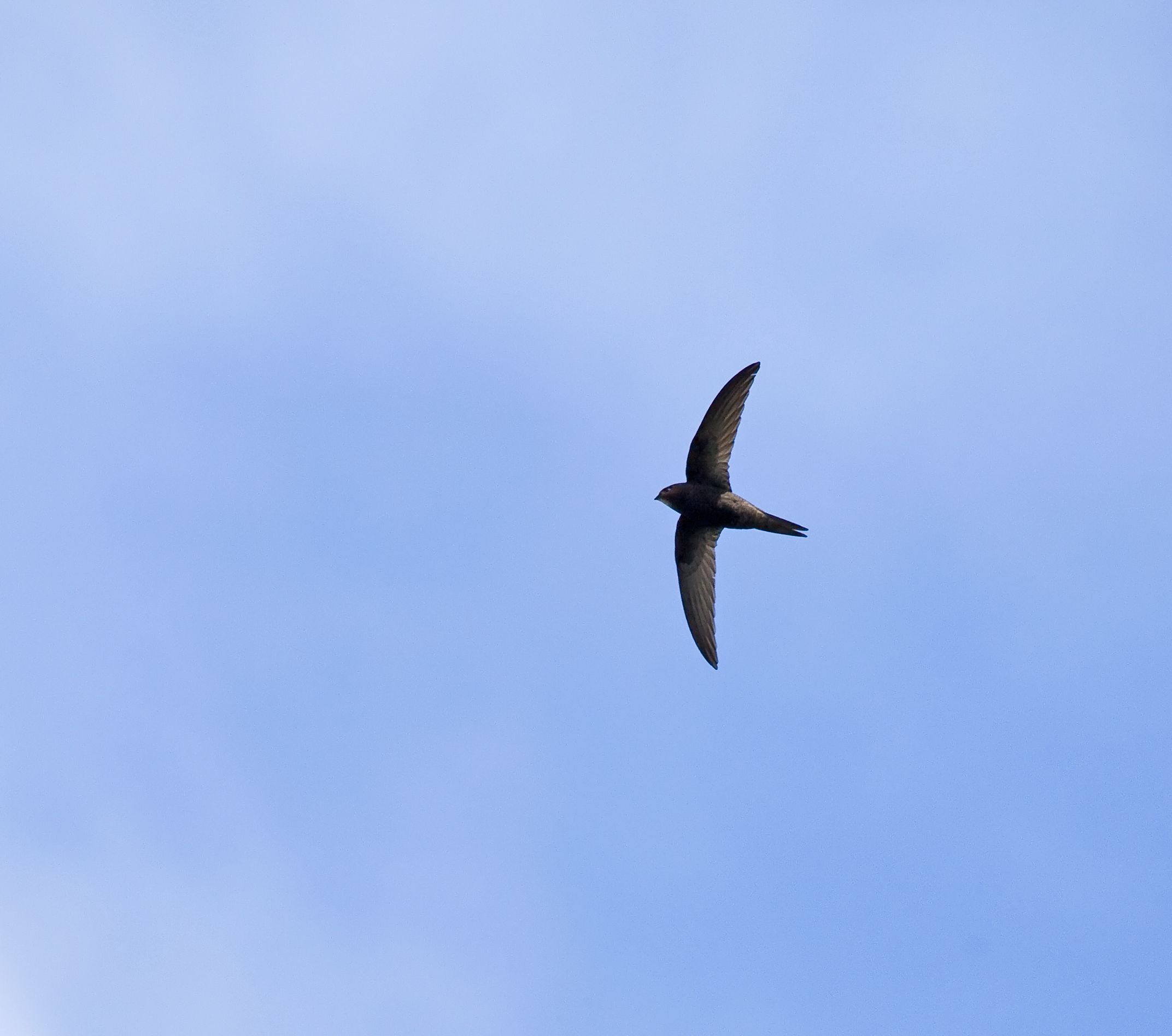 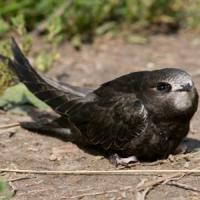 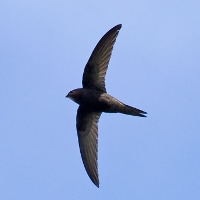 The Swift is a widespread, common summer visitor to the United Kingdom. It is a well known bird which is commonly found nesting in towns, it uses cavities in walls, roofs etc to nest in. The Swift spends about 4 months her, arriving in May and departing August.

Swifts spend all of their time airborne, sleeping, hawking insects and drinking from pools by low level skimming, adults only land when visiting the nest. You will never see Swifts perched.

The Swift is an abundant breeding summer migrant in the UK with over 100,000 pairs. The Swift occurs in all counties throughout the UK.
Swifts arrive later than Swallows and start to arrive in May, they leave earlier too, most have departed by late August.

Swifts occur in all habitat types throughout the UK, woodlands, parks, gardens, farmland, indeed any open country.
They are aerial feeders, taking a huge array of Insects' on the wing, they are cavity nesters.

Call notes; delivered during rapid flights with other Swifts, chasing and screaming at each other as if playing. It’s a loud repeated, high pitched ‘sccrreeeee’.