Date: 2015-06-17 14:11:21 | Category: Bird Watching | Author: Jen Taylor
While recently visiting a friend in Cumbria, I got a nice surprise one morning when I woke up to the sound of a House Martin right outside the window. It was clinging to the top corner of the window frame and I could see it forming the very beginning of its mud nest as it flew back and forth to the window, with mud in its beak.

I did a bit of research on House Martins and found out that they are summer migrants who spend their winters in Africa. Although in the past they liked to build their nests on cliff faces, they are now increasingly living side-by-side with humans on the outer walls of buildings. They build their nests from mud and grass and line them with feathers and vegetable fibres. House Martins often have two-to-three broods a year, and the young of the first broods often help out with bringing up the next load of chicks. Unfortunately it's not possible to feed House Martins as they feed on insects which are mainly caught in flight. 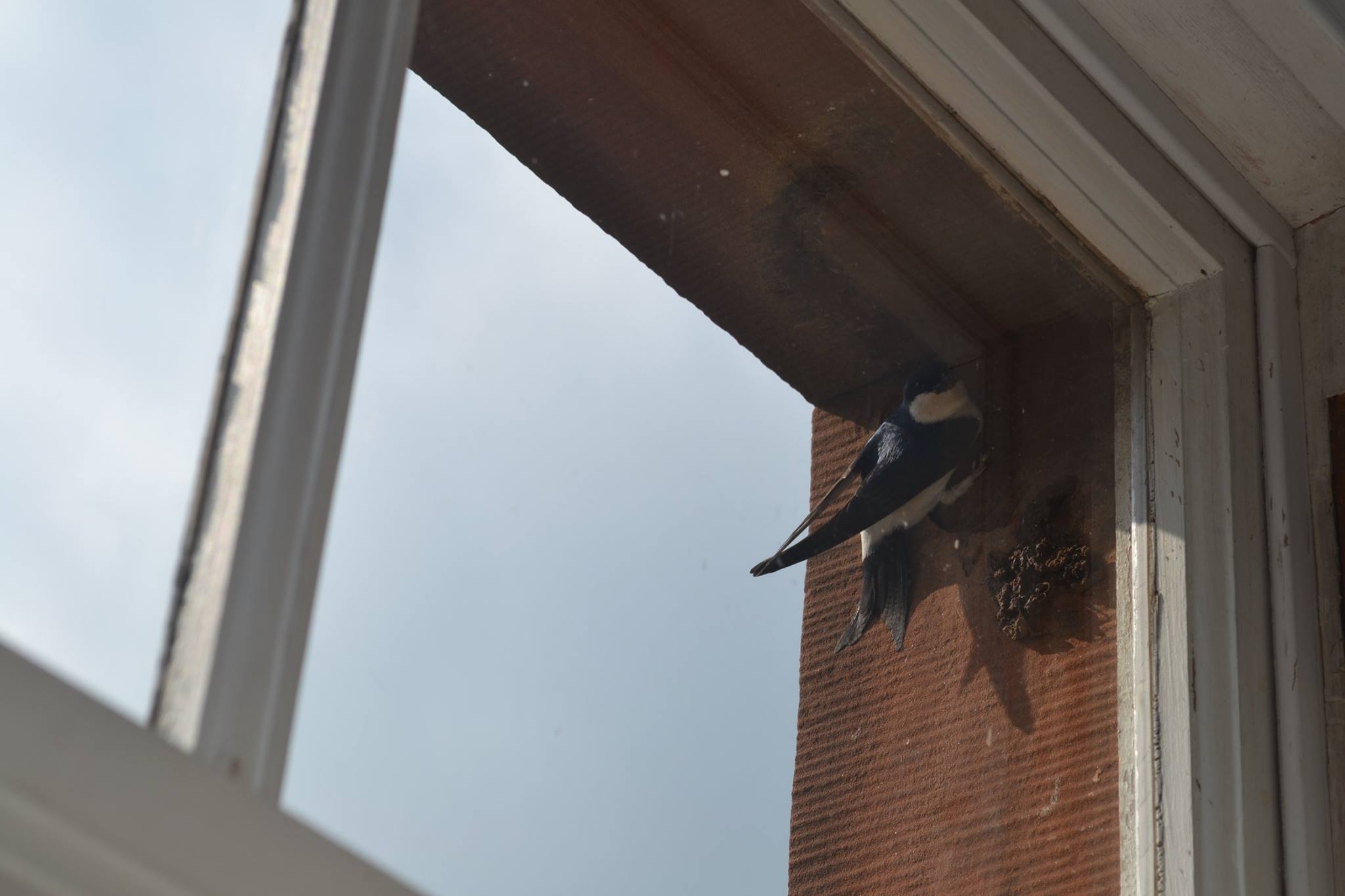 My friend told me that the House Martins come back to the village each Spring and nest in available windows. She showed me that some of her neighbours had put up plastic carrier bags full of air in their windows in order to stop the birds from building their mud nests. This is because the nests are seen as a nuisance (they can sometimes prevent people from opening their windows). However, House Martins are in decline and are amber-listed so it is not recommended to try and prevent them from nesting. It's actually illegal to knock down a nest which is already in use or to prevent a bird from getting to its young.

Many people deal with this by making a compromise – they knock down the nest in the winter but allow the birds to build it back up again in the summer. Some people, however, actively encourage the birds by leaving the nests up year to year. Interestingly, the nests are usually reoccupied each year by a different pair of House Martins. It's also possible to buy artificial nests or to create your own House Martin nests from Polyfilla and mud.

One problem faced by nesting House Martins is that the nests can fall off walls with the chicks still inside. Humans can lend a helping hand in this situation by creating a replacement nest out of an ice cream tub, which chicks can be moved in to. Holes in the tub serve as an entrance and also act as ventilation. The remains of the bedding from the old nest can be placed inside it to make a more comfortable environment for the birds.

Although they can be a bit noisy, House Martins are beautiful birds and can make a great addition to any home. Hopefully more people will start helping the birds to nest in their homes in order to try and stop the decline in population.