Date: 2013-04-25 13:37:15 | Category: Bird Watching | Author: Mark Hockey
My weekend last week saw some better temperatures and sunshine prompting a visit to several areas of Ilkley in search of my first butterfly of the year - the result being many Small Tortoiseshells in the south meadow by the suspension bridge, enjoying buttercups because nothing else was flowering, and a while later, several Peacock butterflies around the fringes of Middleton Woods. 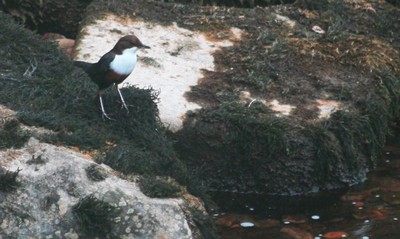 I hoped to add to the years tally this week but typically after warm sunny days in the workplace, Monday dawned cold and blustery. The birds didn't seem to mind though so I made it a bird watching day instead and as it happened we didn't see a single butterfly all day!

Waking up to the sound of the Song Thrush and Blackbird usually bodes well so the day's list started even before crawling out of bed for a fry up! I am fortunate as a birdwatcher to have such a great location in Ilkley with a small copse behind our house, Backstone beck just beyond our back garden and Ashlands field beyond that with the river Wharfe a few hundred yards north, the latter meaning at this time of year piping Oystercatchers, my favourite British bird. 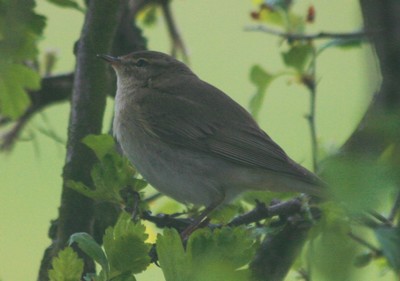 Many birds are back to nest as usual, albeit a month later than last year due to an unusually long and cold winter so its always interesting to note what's around. In a brief 20 minutes our usual nearby nester's were seen - Blackbird, Song thrush, Blue tit, House sparrow, Starling, Chaffinch, Magpie, Greenfinch, Great tit, Grey wagtail, Mallard, Collared dove, Wren, Dunnock, Jackdaw, Robin, Willow warbler, Great spotted woodpecker, and the one addition this year being a pair of Long tailed tits. Several other birds seen included Black headed gull, Oystercatcher, Rook, Woodpigeon, Heron and Cormorant.

On the walk to our children's pre-school through Ilkley Cemetary, and partly along the river Wharfe and finishing along the fringe of Middleton Woods we added several more species including Coal Tit, Mistle Thrush, Pheasent, Fieldfare (still here - maybe to nest?), Pied Wagtail and Moorhen. To escape the cool wind we had a walk up the delightful Hebers Ghyll which is always sheltered and as we left the car to the sound of Nuthatches I had hopes of extending the days tally beyond 40. 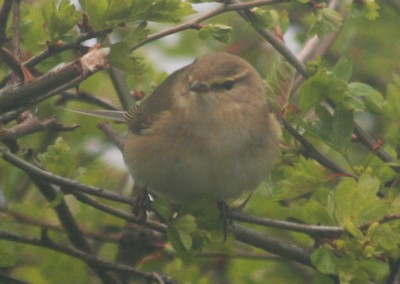 The walk up was disappointing for birds though Robin and Marianna, aged 3 and a half and 4 and a half loved it, the only addition to the days tally being a pair of Treecreepers and a cackling Red Grouse, the latter heard on the cool and windswept Ilkley Moor above the woodland. The rain threatened from the south-west and with the children missing their scooters and wanting a couple of hours in Ilkley Skate park we headed back to the river where I added Common Sandpiper, Goosander, Sand martin and House martin and I spent an hour or so photographing Willow Warblers.

All in all a good day's bird watching though after checking my lists from last year, not a single bird of prey was seen all day! Perhaps due to keeping an eye on Robin and Marianna I spent little time checking the skies for Buzzard and Red Kites though both have been sighted here during the last fortnight.