Date: 2013-05-23 16:17:37 | Category: Bird Watching | Author: Mark Hockey
Another dull and cool start to the week on the Monday morning, the second day of my weekend, boded badly for butterflies and as per last week despite visits to many parts of Ilkley, I didn't see a butterfly all day.

Thankfully though, despite a rather chilly westerly wind, the clouds broke up around lunchtime and an afternoon’s sunshine was fantastic for photographing birds. It seems to me that every few years, a particular species of bird or butterfly arrives on our shores in great numbers - remember the influx of Painted Lady butterflies in 2009?! Well, I think this year is the year of the Willow Warbler - no less than 6 pairs nesting/preparing to nest around Ilkley Park alone! 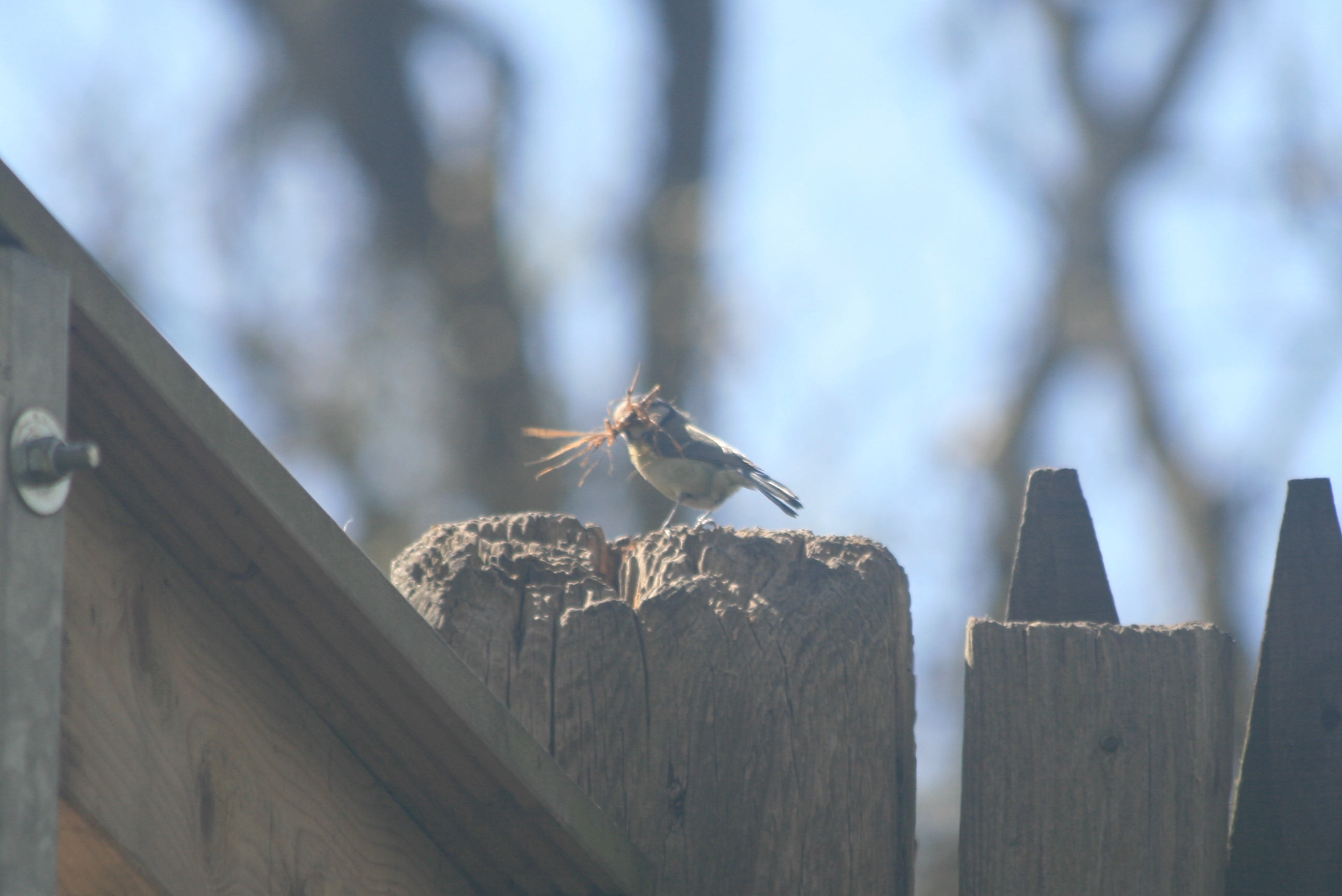 The mornings walk took in several habitats, being around our garden, Ashlands Field and the River Wharfe in the area of Ilkley Cricket Club. The target was to see 50 species of birds in the day which was achieved, just! Getting over halfway before the afternoon’s walk helps and by the time we embarked on exploring Ilkley Park during which I saw and photographed a few species not seen or noticed the previous Monday, the days tally was over 30.

The children were enjoying the skate park in the sunshine after lunch and pre-school and the tractor was busy cutting the grass on the pitch of Ilkley Rugby Club - this helped enormously in ushering the Willow Warblers to my side of the hedge and the sunshine upped the shutter speed on the camera making for some great images. The mornings list included Collared Dove, Blackbird, Chaffinch, Chiffchaff, Dipper, Dunnock, Song Thrush, Goldfinch, Black Headed Gull, Heron, Jackdow, Jay, Kestrel, Magpie, Mallard, House Martin, Sand Martin, Moorhen, Oystercatcher, Woodpigeon, Robin, Mistle Thrush, Rook, Starling, Grey Wagtail, Pied Wagtail, Willow Warbler (a pair nest building next to our front door!) and Wren.

The children were pretty tired by 3.30 but we managed to entice them to some scooting in Middleton Woods near the top of Curly hill which offered the chance of a few more species to reach the magic number of 50 species for the day. The sighting of Bullfinch, Coal Tit, Curlew, Great Spotted Woodpecker and Lapwing achieved the day’s ambition. I was all for extending the walk onto the moor to find the likes of Meadow Pipit, Skylark, Red Kite and several other species seen there over the years but the children were too tired and as we walked back to the car a Pheasant called to bring up 51 for the day.

Saw the first Comma Butterfly of the year in the garden this afternoon, and the first Brimstone butterfly of the year walking home from work earlier - summer looks like it has arrived, though one further observation noticed by a friend - The Ash is out before the Oak - which traditionally means we are in for a soak! Well after last year’s summer - I hope not!!