Date: 2013-06-28 09:00:00 | Category: Bird Watching | Author: David Cole
We have a small flock of Jackdaws (Corvus monedula) visiting our garden at between 5am and 6am each day. They do not stay long, and those who say that they never see Jackdaws nowadays may not be early risers. 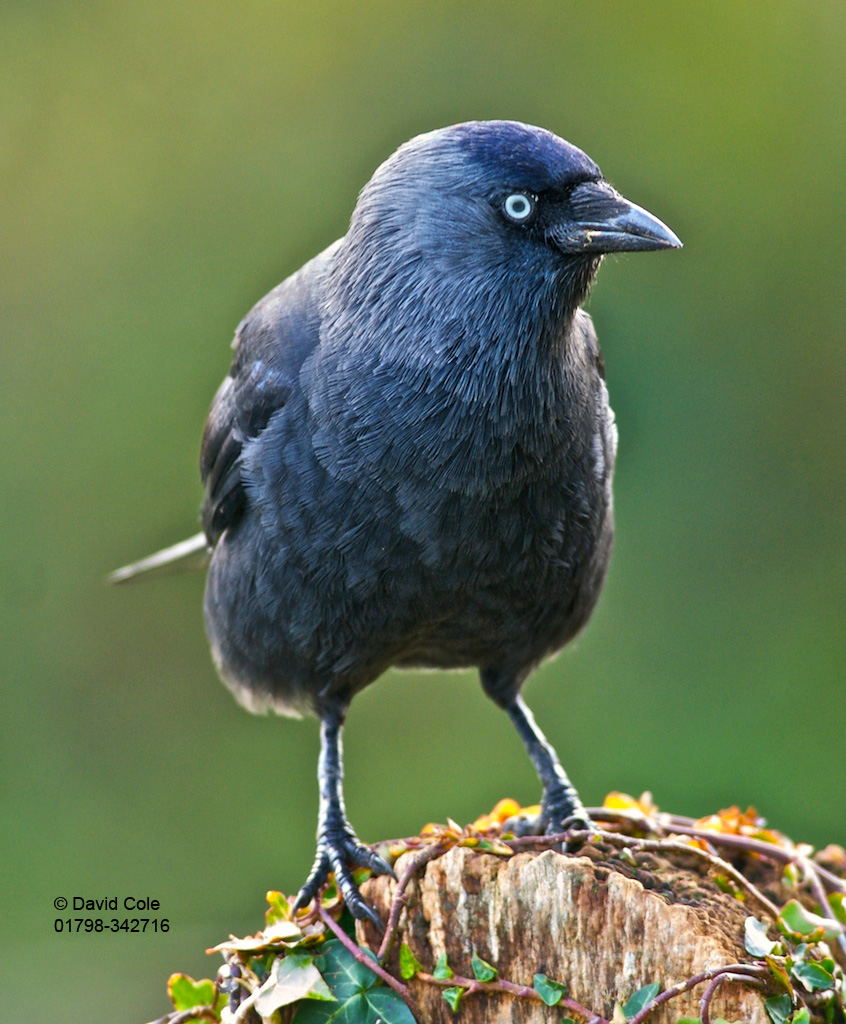 I have been always been fascinated by the members of the crow family – having had a pet jackdaw as a child. “Jackie” (yes I know it is not the most original name) lived with me for about four years in the late 1940’s. He/she was a clever creature learning to say “ello” and “Jackie” – at least to my young ears. An old countryman neighbour told me that by slitting the bird’s tongue his/her language skills would improve amazingly - even being able to recite whole nursery rhymes. I am pleased to report that I never tried it…

Their nests can be a real problem as they think that chimneys of fires unlit in the late spring and summer can be great places to lay their 4-5 eggs – and I can remember a rough nest of sticks complete with bird and eggs clattering down the old chimney in the house where I lived in Kent.

‘Clattering’. And that is the collective name for Jackdaws – very appropriate.

The DO love bright things as the old stories tell, in my early youth that nest that came down the chimney contained silver milk bottle tops – but though I searched carefully I never found the Gold Ring that rumour had was in every nest.

Jackdaws pair bond for life – and even in the flocks it is easy to guess the ‘Mr and Mrs’s’ – they can often be seen riding on the backs of sheep seeking those nasty creatures – ticks. However, they mainly feed on the ground taking small invertebrates from the soil, but they are omnivores, and will take what is available.

In appearance they are about the size of a pigeon, black, with a grey neck, and piercing blue eyes when adult, (brown as juveniles). Handsome, but like all corvids wary of man, the old game keeping habit of raising a shotgun to any ‘black’ bird may well account for this as they seem less concerned in urban areas – even our well stocked feeding stations empty with a flurry – no, ‘clatter’ is a better word, when they catch sight of my wife or me. An early coffee in the kitchen, with a slit in the blinds, lets me ‘spy’ on them – but any movement is noticed and they are off.