Date: 2014-01-10 16:51:28 | Category: Bird Watching | Author: Neill Hunt
Well... it's not been the classic winter that we have become accustomed to these days, the last few years, snow has played a large part in the winter weather. This year however, the wind and rain has been the centre of attention and dominant factor. 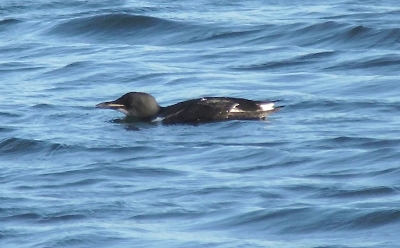 Since late October we have been subjected to some fairly fierce winds, nearly always from the West or South West and ripping through the country at some incredible speeds. Trees have fallen, floods have closed villages and tidal surges have breached the banks of many coast sites. Spurn point was breached again and many houses were taken by the tides in Norfolk and Suffolk. Considering all of this the temperatures have remained above the seasonal average and our garden birds have had it pretty easy.

However, and there is always a 'however', not all birds live in gardens!

Could you imagine being a Seabird, high winds, high seas, torrential downpours and nowhere to land but on the surface of a raging sea in a raging storm. It's no wonder that in spells of inclement weather that we have experienced of late that some of these seabirds are storm driven onto our coasts and inland waters to take refuge from the chaotic conditions out at sea. Many of the birds have no choice, they become too tired to cope with the battering and simply have to move to survive.

Birds like Divers, Grebes, Scoters, Auks and Eiders are all generally happy to stay far out to sea and are able to cope with most weather, however when this weather is prolonged and fierce, some become so tired that they need to seek shelter.

This winter has produced some real surprizes and some incredibly rare birds have arrived on our shores. The Biggy as far as Twitchers (and me) were concerned was the arrival of a Brunnich's Guillemot (normally only to be found in the high Arctic) at Portland Bay in Dorset, this occurrence represented the first ever mainland twitchable occurrence of this species and this allowed many hundreds, no, thousands of bird-watchers the opportunity to see one alive in Britain. Brunnich's Guillemots have occurred in the past, about 45 records but unfortunately most have been found as tideline corpses. The only other recent 'gettable' record was of a bird that turned up in Shetland in 2007. The same? or another Brunnich's Guillemot was seen briefly in Yorkshire on the 12th December. 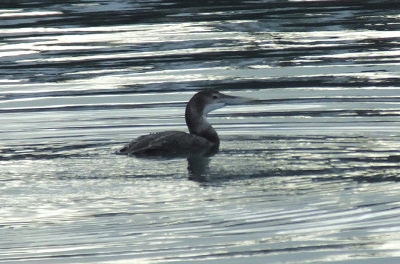 The recent winds also deposited a White billed Diver in Devon (above) and a multitude of Great Northern and Black Throated Divers, Common and Velvet Scoters and Long Tailed Ducks at many mainland locations throughout England and Wales. A bumper crop! 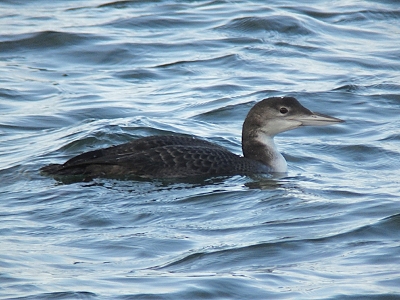 This Great Northern Diver was driven onto the Marine Lake in my home town of Southport.