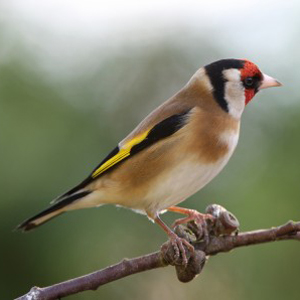 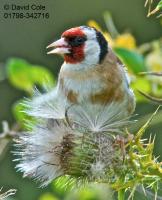 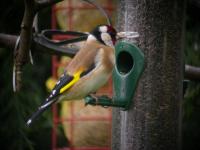 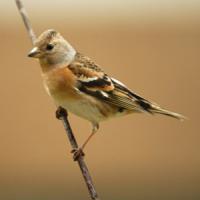 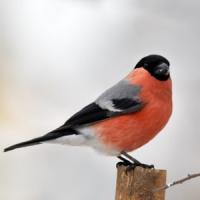 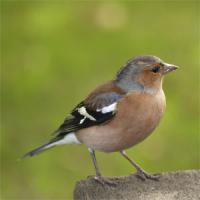 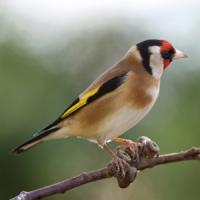 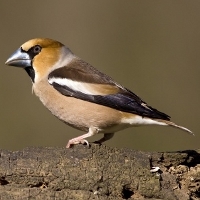 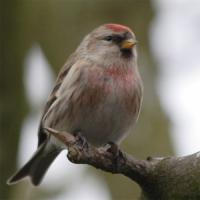 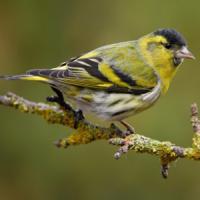 The Goldfinch is an abundant British breeding resident with around half a million pairs, it has become increasingly common in gardens, probably because more & more people are putting Niger Seed feeders for them to use. They occur in nearly all habitat types throughout the country and can easily be enticed into the garden by presenting suitable food in your feeders.

The Goldfinch is a very abundant breeding resident in the UK with over half a million pairs. The population over the last decade or so has seen a good increase, probably due to garden feeders. They occur in all counties throughout the UK, but are less numerous in northern Scotland.

Goldfinches have increased dramatically in our gardens. They feed on small seeds such as thistle heads. In the garden Goldfinches will come to Feeders containing Niger Seed and other Seed Mixes. They occur in all habitat types throughout the UK, woodlands, parks, gardens, farmland, hedgerows but are becoming more and more regular in our towns and cities.

Several call notes; most often a happy three syllable ‘ticklelitt’ and other shorter variations of this a single ‘lit’ and a double ’kelitt’.
Song is a sweet and cheery series of notes, fast in pace and containing its calls along with jingling notes and short rasping sounds.

The following food is favoured by Goldfinch 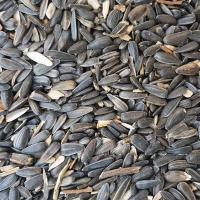 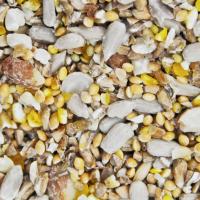