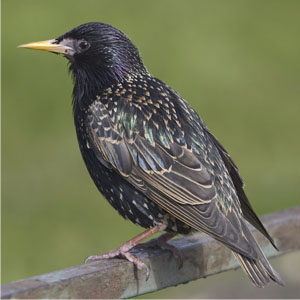 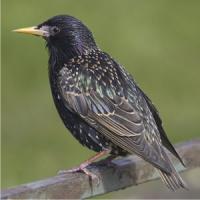 The Starling is a very common bird in our towns, cities and gardens throughout the UK. Pre-roost flocks can be an amazing sight as birds form huge clouds, swirling and twisting before settling to roost. These collections of starlings are called a ‘murmuration’.
Starlings are noisy, aggressive, gregarious birds however, like many British birds there has been a marked decline in recent years.

The Starling is a very abundant breeding resident in the UK with over 8 million birds present. Starlings occurs in all counties throughout the UK. Habitat loss has caused the recent decline in numbers.

Starlings occur in all habitat types throughout the UK, woodlands, parks, gardens, farmland, hedgerows, towns and cities. They are cavity nesters and will utilise tree holes, roof cavities etc.
In the garden Starlings will feed on a almost anything from, kitchen scraps to Mealworms, they will also feed on invertebrates, Seed Mixes, Suet and Fat Balls .

The following food is favoured by Starling 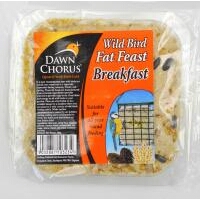 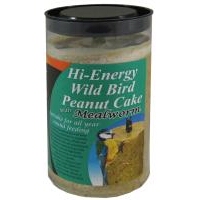 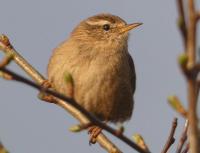