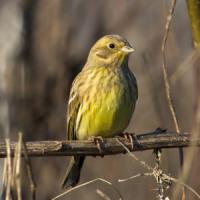 The Yellowhammer is another member of the Bunting Family. It is most often found in agricultural and wooded areas. Males are unmistakable as they are bright yellow, females and young birds are like a ‘ghost’ of the male.

The song of the Yellowhammer will attract your attention and help identify the bird as it is well known and very easy to learn.

The Yellowhammer is a common breeding resident in the UK with 700,000 pairs. It occurs in all counties throughout the UK.

Yellowhammers tend to feed on the ground, they occur in farmland type habitat throughout the UK also woodlands, open areas such as wooded pastures. If you can coax them into the garden they will happily take Seed Mixes from the ground or Bird Table.

The following food is favoured by Yellowhammer 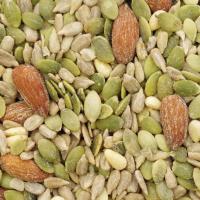