Winter is on its way!

Date: 2014-12-04 15:43:19 | Category: Bird Watching | Author: Neill Hunt
With winter just around the corner I thought I’d give a little bit of information about some good sites to visit during the coming months. Winter birding sites might not be that good in summer and vice-versa. So, with this in mind, this is the Twootz mini guide to Winter birding.

I am picking 4 areas, 1 from each of the north, east, south and west. Twootz.com top winter bird-watching sites are.

The East.
1…….The North Norfolk Coast. The stretch of coast between Snettisham in the west and Cley in the east in incredible at this time of year. Between these two sites are more brilliant birding areas, Holme, Titchwell RSPB, Burnham marsh, Wells and Blakeney. Cley is probably one of the most famous reserves in the country and quite rightly so, it is brilliant. Recent flooding may have effected opening times and access of these areas so check before you go.

The North Norfolk area holds many species at this time of year as there is so much habitat, salt and fresh water marshes, reedbeds, mudflats, heathland, woodland and sand dunes to name a few.

Winter birding in the area should provide, Snow Buntings, Shorelarks, Waxwing as well as the commoner passerines. Wader numbers will be outstanding with Knot, Dunlin, Bar and Black–tailed Godwits, Redshanks, Curlew, Lapwing and Oystercatchers among many other species. Wildfowl will be represented by thousands of Pink-footed Geese (look out for Bean Geese too), Egyptian Geese, Brent and Barnacle Geese and a chance of Red-breasted goose. Winter duck numbers are massive with many species present along the whole coastline. Hen Harrier, Marsh Harrier, Merlin, Peregrine, Barn and Short Eared Owl, Buzzard and maybe Rough-legged Buzzard are all frequently observed. Take a look out to sea, Divers, Grebes and Sea duck are a regular addition to this wonderful destination.

The South.
2……Dorset, Portland Harbour. Very different habitat to Norfolk, The harbour is a fantastic winter birding site to catch up with Divers, Grebes, Auks and Sea Duck. It is possible to see Red-throated, Black-throated and Great Northern Divers, Red-necked, Black-necked and Slavonian Grebe, Guillemot, Razorbill and occasionally Little Auk. Long-tailed Duck, Common and Vevet Scoters as well as commoner wildfowl species. This winter Portland Harbour played host to the first ever long staying English Brunniuch’s Guillemot which attracted many thousands of admirers during its stay.

The West
3……The Ribble Estuary in Lancashire. Marshside RSPB, Hesketh Out Marsh and Martin Mere. Fabulous winter birding in the North West. Habitats are similar to North Norfolk. Wader and Wildfowl numbers are incredible with up to 80,000 present. Wigeon, Teal, Pintail, Shelduck, Gadwall, Pochard, Tufted Duck, Whooper and Bewick’s Swans, thousands of Pink-footed Geese as well as other occasional Geese. Waders galore…Black-tailed and Bar-tailed Godwits, Golden Plover, Lapwing, Curlew, Ruff, Grey Plover, Knot, Redshank and Dunlin to name but a few. Rapters over the marshes include Hen and Marsh Harrier, Short-eared and Barn Owl, Merlin, Peregrine, Sparrowhawk, Buzzard and Kestrel. The coast also has good Twite numbers and the occasional Snow Buntings. High tide is best.

The North.
4…….Caerlaverock….South-west Scotland. Fantastic winter birding. Caerlaverock boosts wintering Barnacle Geese in huge numbers, often in excess of 14000. With these are good numbers of Pink-footed and Greylag Geese, Whooper and Bewick’s Swan as well as thousands of winter duck, waders and rapters. There is a visitor centre, café and a good selection of hides. 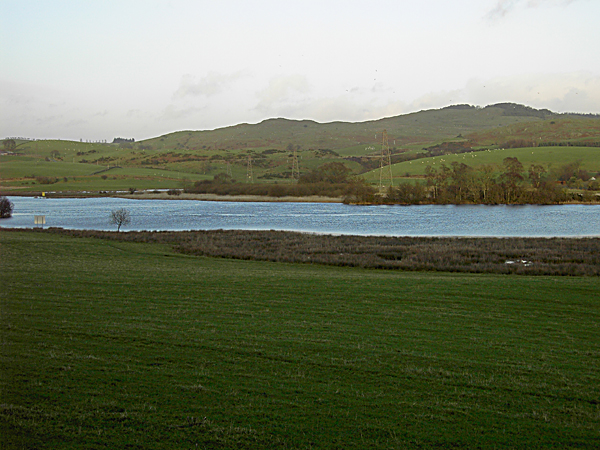 I have only chosen 4 sites here, due to space, but here are another 10 worth visiting as the bird-watching will be superb at this time of year.