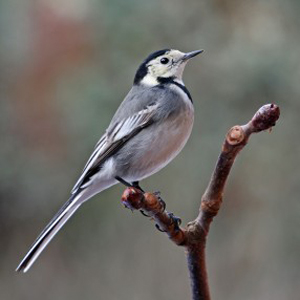 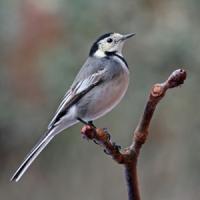 The Pied Wagtail is a fairly common sight in many towns and cities. It can often be seen running around on the pavements and gardens in fairly built up areas. The combination of size, tail, actions and colour makes the Pied Wagtail unmistakable.

In summer numbers increase as migrants come to the UK from Continental Europe (White Wagtail) to breed.
Pied Wagtails often roost in large parties and the chattering of birds going to roost will often raise your attention.

They are insectivorous, In the garden Pied Wagtails will take insects from the grass.

Several call notes; most often a hard loud ‘chisick’ sometimes repeated.
Song is a nonstarter with no real structure and consisting of a couple of twittering notes.

The following food is favoured by Pied Wagtail