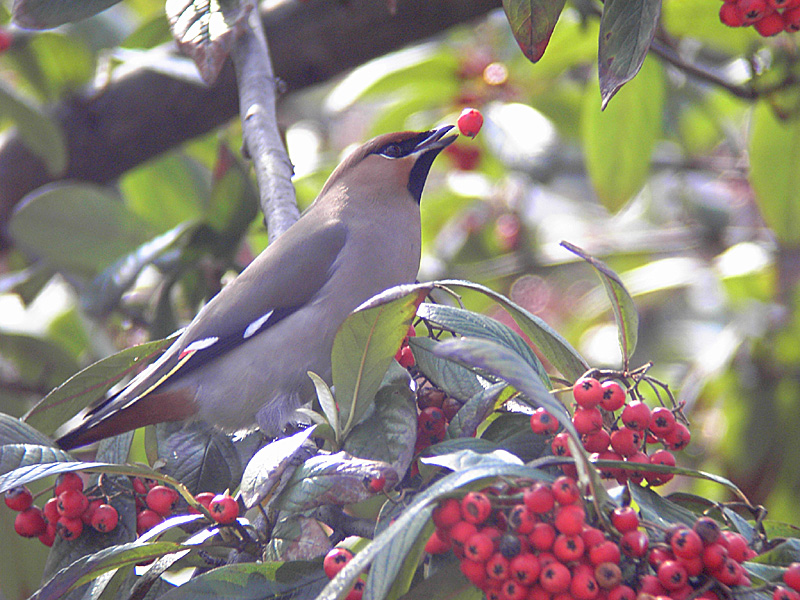 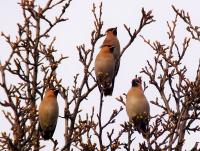 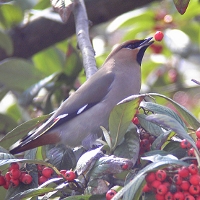 The Waxwing is an uncommon British winter visitor, however in some years numbers are high, this generally depends on the weather and food supply in north Eastern Europe, from where they come. The colder the weather, the more chance there will be of birds moving to milder locations and easier feeding opportunities. It frequently occurs in town and city centre habitats as it feeds on ornamental berry trees such as Rowan, which are often planted by local councils in shopping areas throughout the country.

Similar to adults but less obvious yellow wing markings and no red tips to secondaries.

The Waxwing does not breed in the UK and is a winter visitor in varying numbers, birds generally start to arrive from November onwards and stay for several months before departing to breeding grounds in North Eastern Europe.

Waxwings are not shy and will often feed in close proximity to humans, good views can often be gained due to this. They are attracted to berry bush’s / trees and favour Rowan, Cotoneaster, Holly and Hawthorne. They will often feed on Fruit such as apples.

Call note is a soft extended trill, uttered several times and often promoting responses from other birds within the flock.