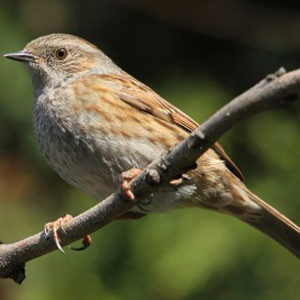 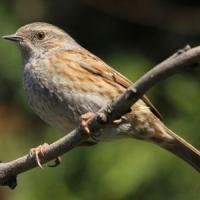 The Dunnock is an abundant British breeding garden bird even though numbers have decreased in recent years. The Dunnock is at home in the garden where it keeps in the shadows and the undergrowth. It is the UKs only member of the Accentor family.

The Dunnock is a very abundant breeding resident in the UK with over 2 million pairs. It occurs in all counties throughout the UK and Ireland.

Dunnocks occur in all habitat types throughout the UK, woodlands, parks, gardens, farmland, hedgerows, towns and cities, indeed any open country habitat with suitable scrub.
They are Insect eaters but in the garden Dunnocks will take Seed Mixes, Fat Balls , scraps, Suet, Berries and Fruit.

Several call notes, most common being a short sharp ‘tseeek’

The following food is favoured by Dunnock 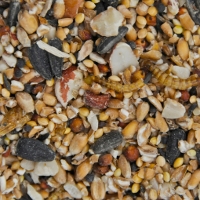 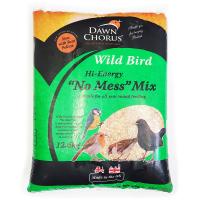 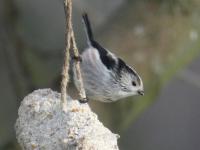