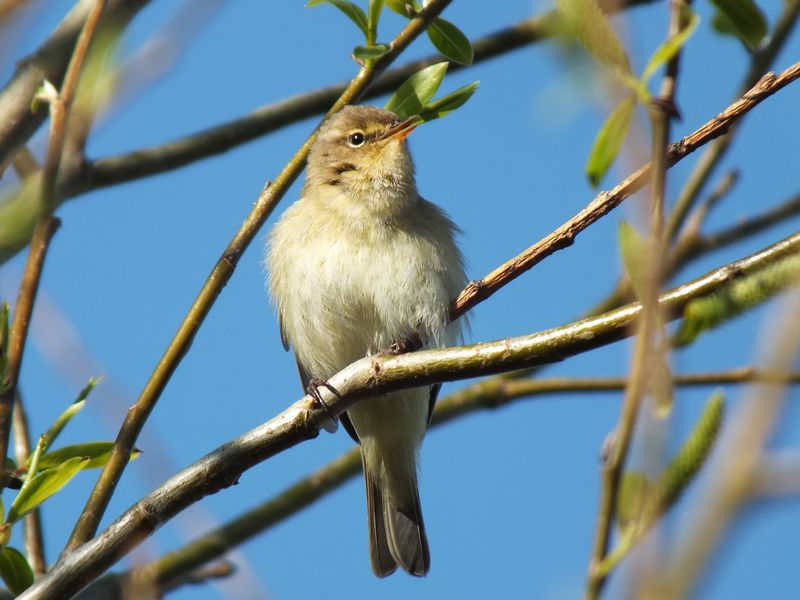 The Chiffchaff is one of two similar looking Warblers that spend the summer in the UK. The other, the Willow Warbler is very similar in plumage, but with care can be separated.
Chiffchaffs start to arrive in the UK in March, early birds can sometimes arrive in February. It is also known to over winter in the south of the country.

The Chiffchaff is an abundant breeding summer visitor, it arrives from March onwards and departs in October. The breeding population is close to a million pairs, it breeds throughout Britain and Ireland.
Each year up to a thousand birds take their chances and winter along our south coast, in bad winters this can be a fatal mistake.

Chiffchaffs occur in many habitat types throughout the UK, woodlands, parks, gardens, hedgerows, indeed any woodland type habitat with suitable scrub.
The Chiffchaff feeds on insects, however wintering birds can be found in our gardens searching for food, during this time they will feed on fruit and suet treats.