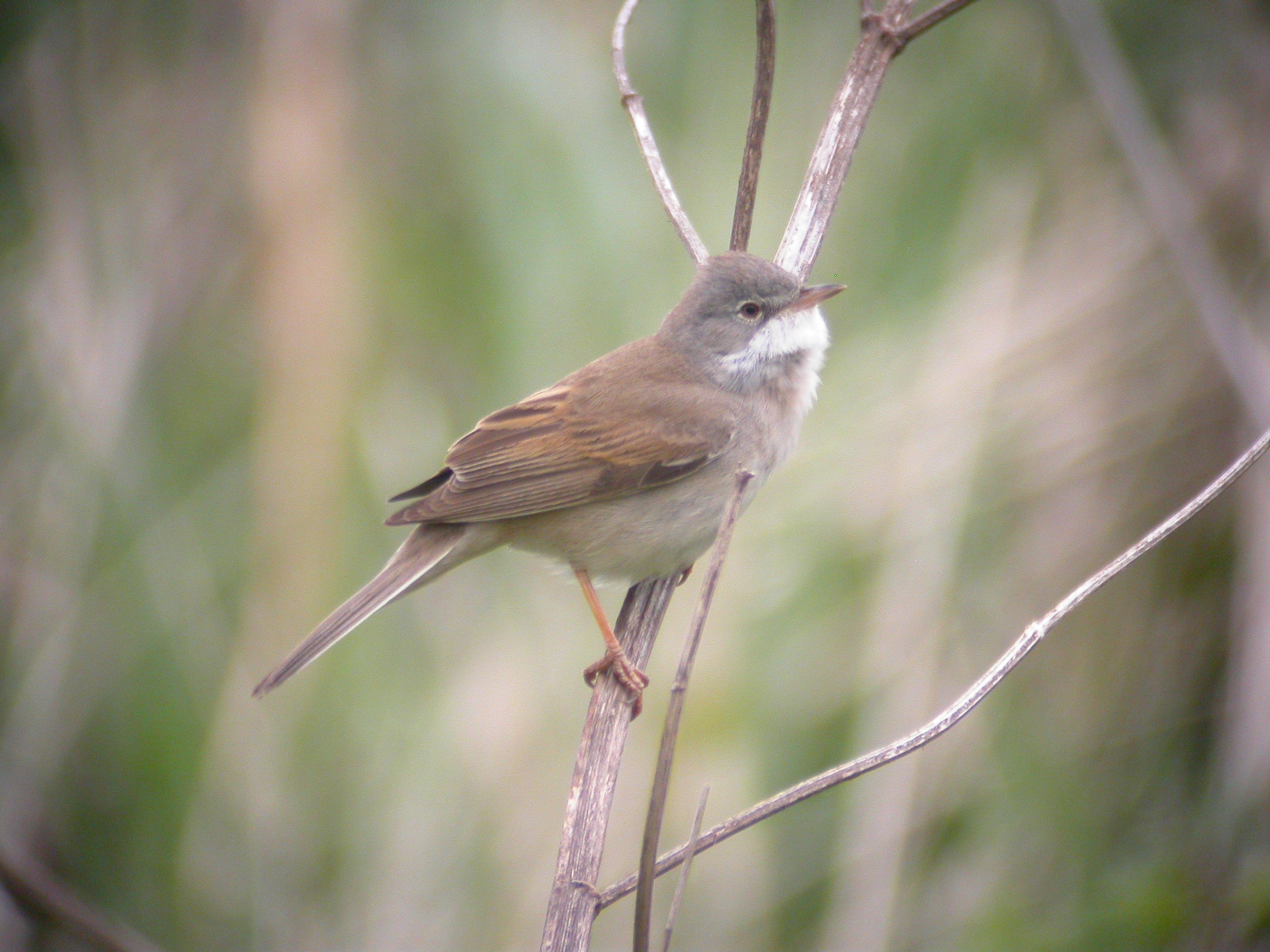 The Whitethroat is a common summer visitor. It is a member of the Warbler Family that spends its winter in Spain and Africa, arriving here in April and departing October. It is unusual in the warbler world as it is happy to eat Fruit as well as Insects. The Whitethroat is a large Warbler and normally very noticeable due to its habit of calling / singing frequently.

British summer populations of Whitethroats stands at just over a million pairs.

Call is loud and consists many notes, clicks, rattles and nasal rasps. The most frequent is a repeated nasal drawn ‘chair chair chair chair’.
Song is a scratchy mix of nasal clicks and sweet, flutey notes with churs delivered in a fast jerky verse.