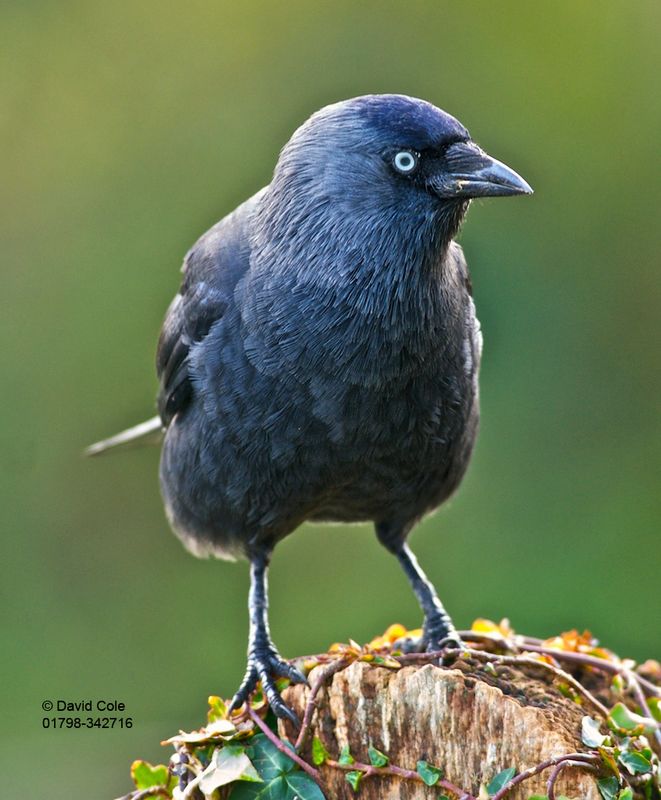 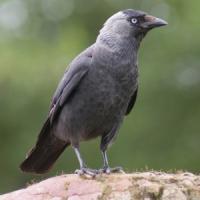 The Jackdaw is the smallest member of the ‘black’ Crow Family. It is a breeding resident within the UK. On close inspection it is not black but made up of lovely subtle grey tones. It is more likely to feed at the bird table and feeders than the other black Crows as it is happy to nest in building cavities in our towns.

The Jackdaw is an abundant breeding resident in the UK with half a million pairs. The Jackdaw occurs in all counties throughout the UK, like most Crows less common in the Scottish Highlands.

Several call notes, commonest is a relatively high pitched ‘jickaaw’ like is saying jackdaw! Other notes in same pitch are ‘Kyak’ – ‘Keeyak ‘ and an alarm call of ‘Kiiyaar’.

The following food is favoured by Jackdaw